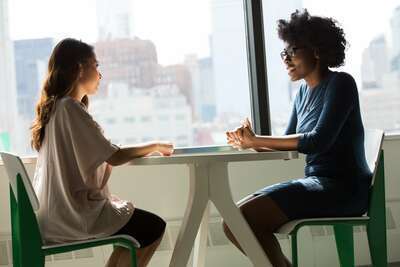 NB: in this document the term employee refers to anyone who is on the staff of th National College, of is contracted to provide services such as tutors and assessors, whether they are formally or informally ’employed’. Member refers to anyone belonging to the NSTT whether a student or graduate member. However, this procedure does not apply to UKCP registrants as the UKCP Complaints and Conduct Procedure takes precedent.

The aim of this procedure is to afford protection to the public and to protect the name of the National College and the services it, and its employees provide.

Complaints against Non-Employees or Members

A complaint shall be lodged within 1 year of the event(s) which form the substance of that complaint. A longer time frame may be considered under exceptional circumstances.

The National College is not responsible for travel or any other expenses incurred either by the Complainant or the Employee/Member Complained Against in connection with any stage of the complaint.

On receipt of any report or complaint of a breach of the Code of Conduct and Ethics of the National College a ‘Receiving Officer’ shall forward it to the Complaints Officer – within ’72 hours’ of receipt  (if at all possible)- along with any letters or notes or audio tapes etc. relating to that complaint. The Complaints Officer will register the complaint.

N.B. All “unused material ” must be preserved!

All complaints procedures shall be Conducted in confidence.

On receipt of the complaint, the Complaints Officer shall contact the complainant/informant within 14 working days (where possible), unless the complainant/informant has made themselves unavailable. The Officer will then clarify any ambiguity and assess the seriousness of the complaint.  If it appears suitable then informal resolution will be sought.  If the Complaint is of such a nature that it appears a criminal act may have been committed then the procedure will be suspended pending the outcome of any police enquiry and all parties shall be informed of the suspension.

If the Complaint is of a sufficiently serious nature and informal resolution is not possible then an Investigation will be initiated. If, at this stage the Complaints Officer, in conjunction with a member of the Board or a member of the NSHP Executive (as appropriate) decides that the complaint falls outside of the boundaries of this procedure, or that insufficient evidence has been offered to suggest that a breach of the Code of Ethics may have occurred, the Officer has the power to dismiss the case.

At the earliest practical opportunity the employee or member, subject of the complaint, shall be served with a Complaint Notification form 1. This shall contain information in plain language of the nature of the report, allegation or complaint, an official form of caution – allowing any response to be taken within the Rules of Evidence – and information of their rights to legal/friendly representation.  At the same time they should be given a copy of this procedure.

In the process of any Formal Investigation of a Complaint all enquiries shall be carried out within the Rules of Evidence and the provision for evidence gathering as outlined in the Police and Criminal Evidence Acts and CPS Guidelines.2 All enquiries and interviews shall be fully documented and all unused material , eg .notes, messages, audio and video tapes etc., shall be preserved and held on file. If an investigation is not completed within 12O days of the receipt of the complaint then an interim report shall be completed and interested parties shall be advised of the state of the enquiry.

On completion of the Investigation a file will be prepared and a Discipline Sub-committee (1) will be convened to assess the file and its recommendations.  If the committee decides that there is/are allegation(s) to answer then a Form detailing the allegation(s) or charge(s) will be prepared and served upon the subject.  The subject will also be summoned to appear before a Sub-committee (2) to answer the allegation(s) and a copy of the file of evidence will be served on the subject no less than 7 working days prior to the hearing, to allow proper legal representation and defence.

The hearing of the allegations with evidence presented supporting the allegations and the defence shall take the form of an informal tribunal.  The Rules of Evidence shall apply though the Committee may hear any evidence presented and shall give the evidence what weight it considers correct, on the basis of the Best Evidence Rule. The Committee will base its findings on the balance of probabilities and will state its reasoning for its findings.  Its findings should be given to the subject on completion of the hearing, though a statement of the reasoning may be given in writing within 14 days.  Any sanction applied by the committee will be notified in its findings.

The refusal or failure of either the Complainant or the Employee/Member Complained Against to attend the hearing without good reason or prior notice (at least 15 days) shall be noted by the chair of the Sub-Committee.  The Sub-Committee may either adjourn the hearing to a date not less than 28 days after the date of the hearing or it may hear the matter in the parties’ absence or it may terminate the procedure.

The subject of the proceeding will have 28 days in which to lodge notice of appeal.  Having lodged notice they will then have 21 days to give their grounds for the Appeal.  The Appeal will then be heard by the next scheduled meeting of the NSHP Executive3 after receipt of notice and grounds. At that Appeal hearing the Defence may present any new evidence, subject to it having been notified in writing to the Executive 7 days prior to the hearing.  The Appeal shall be heard under the same Rules of Evidence and again shall be decided upon the balance of probability.

On hearing the Appeal the Executive may confirm, vary4 or set aside the findings of the Sub-Committee.  Its findings shall be notified to the subject on completion of hearing the appeal and its reasoning may be given in writing within 7 days of the Hearing.

The employee/member subject of the allegations may take their case to ACAS or an Industrial Tribunal.

A report, allegation or complaint may be withdrawn at any stage of the procedure by the complainant(s)/informant(s) (under complete agreement, if more than one party, is involved – i.e. if one decides to continue the complaint it will be carried to completion.)

Any employee subject of a Complaint Under Investigation that tenders their resignation from the National Society should have their resignation received but not accepted until the procedure is completed or the complaint withdrawn.  Likewise, a member who withdraws from a course in such circumstances is not considered withdrawn. The resignation shall be on the file till the completion of the procedure.  Also if an employee fails to renew their employment while under investigation it shall be treated in the same manner as a resignation and held over till the procedure is complete.

Presence of a ‘Friend’

At all stages of the procedure both the Complainant and the Employee or Member Complained Against may be accompanied by a ‘friend’.  That ‘friend’ may be a fellow employee/member or a legal advisor or any person the Party wishes to be there to support them.  Each party will be limited to one ‘friend’.

Sub-Committee (1) will be drawn up with a chair from the NSHP Executive as applicable), along with 2 ordinary National College /Society employees/members (as applicable), to examine the file and determine if there is sufficient evidence to support an allegation (Prima Face Case.) Sub-Committee (2) shall be a separate body to hear the allegations with evidence presented for and against. 5

Employees of any Sub-Committee drawn to hear any stage of the procedure have a duty to declare any interest that may be considered to compromise their impartiality in any way.  The views of all parties to the complaint shall be considered when deciding if the impartiality of a Sub-Committee employee is so compromised and requires their replacement.

Conduct of the Hearing

The Chair of the Sub-Committee hearing the Complaint is responsible for ensuring that the hearing is conducted in a manner which shows due regard to the gravity of the situation, each party’s rights and to confidentiality.

The only new evidence that may be produced at a hearing will be short oral or written submissions or by cross examination of a witness on a point in their statement or any matter allowed on the discretion of the Sub-Committee.

Witnesses may be requested to attend if either party indicated they may wish to question points in their respective statements.  If no party makes such a request or accepts the Witnesses evidence then their attendance will not be requested.

The refusal or failure to attend of the Complainant or Employee /Member Complained of without good reason, or without at least 15 days notice, at any Hearing the Chair of the Hearing may, after considering any representations from any other party involved that is present, EITHER:

The National College reserves the right to publish such details of complaints as it considers appropriate. The termination of employment under the Complaints Procedure will be reported to all National College employees.

1 In all but the most serious of complaints, i.e. those that if found will be almost certain to merit expulsion from the National College, this may be done by email.

2 Postal or email ‘enquiry forms’ may be used to put questions to the Employee/Member complained of or witness.

3 Minus any employees that were involved in any preceding sub-committee.

5 This will meet at a time and place appropriate to allow natural justice to prevail.

© 2022 The National College of Hypnosis & Psychotherapy.