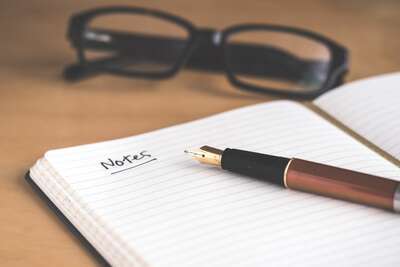 Please note that in this document the term employee refers to anyone who is contracted to provide services to the NCHP (such as tutors and assessors) whether they are formally or informally retained and member refers to anyone belonging to the NSTT whether a student or graduate member. This procedure does not apply to UKCP registrants as in those circumstances, the UKCP complaints and conduct procedure takes precedence.

The aim of this procedure is to afford protection to the public and to protect the good standing of the NCHP and the services it, and its employees or representatives provide.

A complaint may be brought by employees/members of the NCHP/NSTT either in person (or via a third party acting on their behalf and with their authority) against the training or accreditation processes, an employee or another member, or by any individual in respect of the fitness to practice of any member.

Complaints Against Non-employees or Members

The NCHP cannot deal with complaints against individuals or organisations that are not employees or members of the NCHP/NSTT.

A complaint shall be lodged within one year of the event(s) which form the substance of that complaint. A longer time frame may be considered under exceptional circumstances.

The NCHP/NSTT is not responsible for any expenses incurred either by the complainant or the respondent in connection with any stage of this procedure.

The NCHP may decide to investigate a complaint against a employee or member that may be involved in a similar process with another body if it arises from the same material circumstances.  Employees of the NCHP accept that employment involves obligations to observe the NCHP’s code of ethics and practice, and as such these obligations must be considered in their own right. Members likewise accept their obligation to practice their skills in line with the code of ethics and practice.

possible), unless the complainant has made themselves unavailable. The complaints officer will then clarify any ambiguity and assess the seriousness of the complaint.  If it appears suitable then informal resolution may be sought.  If the complaint is such that it appears a criminal act may have been committed then the procedure will be suspended pending the outcome of any police enquiry and all parties shall be informed of the suspension.

If the complaint is of a sufficiently serious nature and informal resolution is not possible then an investigation will be initiated. If at this stage the complaints officer, in conjunction with the principal or any officer appointed by the principal or a member of the NSTT executive (as appropriate) decides that the complaint falls outside the scope of this procedure, or that insufficient evidence has been offered to suggest that a breach of the code of ethics/conduct may have occurred, the officer has the power to dismiss the complaint.

At the earliest practical opportunity the respondent shall be served with a complaint notification form. This shall contain information in plain language of the nature of the report, allegation or complaint, an official form of caution to allow any response to be taken within the rules of evidence  and information of the respondent’s/s’ rights to legal or lay friendly representation.  At the same time they should be given a copy of this procedure.

Evidence Act and relevant CPS guidelines. All enquiries and interviews shall be fully documented and all unused material , e.g. notes, messages, audio and video recordings etc. shall be preserved and held on file. If an investigation is not completed within one hundred and twenty days of the receipt of the complaint then an interim report shall be completed and interested parties shall be advised of the state of the enquiry.

On completion of the investigation, a file will be prepared and a disciplinary sub-committee will be convened by the principal to assess the file and its recommendations, the sub-committee will include a lay member. If that committee decides that there is/are allegation(s) to answer then a form detailing the allegation(s) or charge(s) will be prepared and served upon the respondent. The respondent will also be summoned to appear before a sub-committee to answer the allegation(s), and a copy of the file of evidence will be served on the respondent no less than seven working days prior to the hearing, to allow for proper and fair representation.

The refusal or failure of either the complainant and/or the respondent to attend the hearing without good reason or prior notice of at least fourteen days shall be noted by the chair of the sub-committee. The sub-committee may either adjourn the hearing to a date not less than twenty-eight days after the date of the adjourned hearing, it may hear the matter in the absence of the parties, or it may strike out the complaint, thereby terminating the procedure.

The appeals process is available to all, in all cases. The appellant will have twenty-eight days in which to lodge any notice of appeal. Having lodged such a notice they will then have twenty-one days to give their grounds of appeal. The appeal will then be heard by the next scheduled meeting of the NSTT executive after receipt of notice and grounds. At the appeal hearing the respondent may present any new evidence, subject to it having been notified in writing to the executive seven days prior to the hearing. The appeal shall be heard under the same rules of evidence, and again shall be decided upon the test of the balance of probabilities.

A report, allegation or complaint may be withdrawn at any stage of the procedure by the complainant(s) (and only under unanimous agreement if more than one party is involved).

At all stages of the procedure, complainants, respondents and appellants may be accompanied by

Sub-committees will be drawn up with a chair from the NSTT executive along with two ordinary NCHP/NSTT employees/members (as applicable) and a lay representative to examine the file and determine if there is sufficient evidence to support an allegation (prima facie). the sub-committee shall be a separate body to hear the allegations with evidence presented by complainant/appellant and respondent. Members of any sub-committee drawn up to hear any stage of the procedure have a duty to declare any interest that may be considered to compromise their impartiality in any way. The views of all parties to the complaint/appeal shall be considered when deciding if the impartiality of a sub-committee member is so compromised, and requires their replacement.

The chair of the sub-committee hearing the complaint is responsible for ensuring that the hearing is conducted in a manner which shows fit and proper regard to the gravity of the situation, each party’s rights, due process and confidentiality.

New evidence produced at an appeal hearing will be presented in the first instance by written submission. Any admission of new evidence or re-examination of an original witness on a point in their original statement (or any other matter) may be sanctioned at the discretion of the sub-committee.

Witnesses may be requested to attend if either party indicates they may wish to examine or cross-examine them on points in their respective written statements. If no party makes such a request, or accepts the witness evidence, then their attendance will not be required.

The NCHP/NSTT reserves the right to publish details of complaints it considers appropriate. The termination of employment under the complaints procedure will be reported to relevant NCHP/NSTT employees in accordance with relevant employment law.

© 2021 The National College of Hypnosis & Psychotherapy.